The Artistic Directorship of Opera Southwest is sponsored by:

Anthony Barrese joined Opera Southwest in 2007 as Music Director, and in 2011 assumed the title of Artistic Director and Principal Conductor.

He has earned accolades as both a composer and a conductor. He is the recipient of the 2007 Georg Solti Foundation U.S. award for young conductors. His original works have won numerous awards, and he is regularly engaged by opera companies in North America and Italy.

He was the Assistant Conductor of the Dallas Opera in 2006-2007 and returned there as Guest Conductor for a production of Tosca in 2008. In November 2008 Mr. Barrese conducted a new production of Turandot in Ascoli Piceno’s historic Teatro Ventidio Basso. He also made his French debut conducting Turandot at the Opéra de Massy.

He made his operatic conducting debut in Milan with La bohème and recorded Roberto Andreoni’s quattro luci sul lago with ”I Solisti della Scala” (a chamber group made up of the first chair musicians of the La Scala Philharmonic) for broadcast on Italian National Radio (RAI 3).

A native Texan, stage director David Bartholomew graduated from Boston’s venerable New England Conservatory in 1967 with a master’s degree in piano performance. After a period of concertizing in the New England area in both solo recital and chamber music, he was awarded the prestigious Frank Huntington Beebe Award for opera study in Germany. Following his year abroad, he returned to Boston to chair the opera department at his alma mater where his first production was Stravinsky’s The Rake’s Progress conducted by Gunther Schuller. He went on to direct over twenty operas at N.E.C. ranging from Mozart’s Die Zauberflöte to Britten’s A Midsummer Night’s Dream. During the 1970’s he directed both Mozart’s La Clemenza di Tito and Massenet’s Werther for the young Boston Lyric Opera and created a new production of Humperdinck’s Hänsel und Gretel for San Francisco Opera’s Western Opera Theater. He also directed the 1974 premiere of Thomas Pasatieri’s Signor Deluso for Wolf Trap Center for the Performing Arts in Vienna, VA.

In recent years, Mr. Bartholomew was both Artistic and Stage Director for Tacoma Opera (WA) and frequent guest director for Mercury Opera Rochester (NY), Sacramento Opera (CA), Mobile Opera (AL), Nevada Opera (Reno) and Fargo-Moorhead Opera. He has been on the faculties of Boston University, The University of Nebraska-Lincoln, The Boston Conservatory, and guest artist at the University of Colorado at Boulder, the University of Puget Sound (WA), and The Longy School of Music in Cambridge, MA. 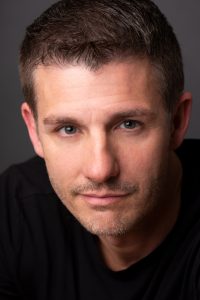 Aaron Howe has been making music in New Mexico for over 20 years and has served as chorus master for Opera Southwest since 2018. He received his Bachelor of Music Education from Eastern New Mexico University and his Master of Music from the University of New Mexico. He served as Music Director for Heights First Church of The Nazarene, Community of Joy Lutheran Church, and the Metropolitan Community Church in Albuquerque. He also directed the choral program at St. Pius X High School, and has worked as music director for many community theaters in Albuquerque, including Musical Theater Southwest, Albuquerque Little Theater, and Play Conservatory. Since 2010, Aaron has served as the Artistic Director of The New Mexico Gay Men’s Chorus, programming and conducting their concert season, and helping to fulfill their mission of changing the world through music. In 2013, Aaron co-founded The Rio Rancho Youth Chorus and has served as its Artistic Director since that time. In 2016 Aaron became the Artistic Director of the Zia Singers, a women’s chorus that has been performing in Santa Fe for over 25 years. Aaron is proud and honored to be an active participant in the wonderful musical arts community here in New Mexico.